I’m no stranger to making keyboards and while I’m tinkering with creating a wearable keyboard I’ve stumbled upon many other builds of people that do interesting stuff.

I’ve been browsing the usual reddits (r/mk, r/ErgoMechKeyboards and the likes) I stumbled upon a nice looking project that would get me into ortholinear… I wanted a keyboard different enough that it’s worth building. So I ended up with the VT-40.

My brother ordered the pcbs and components, I ordered the keycaps & switches since. With a few weeks passing and a couple of hours soldering stuff together, here’s the end result: 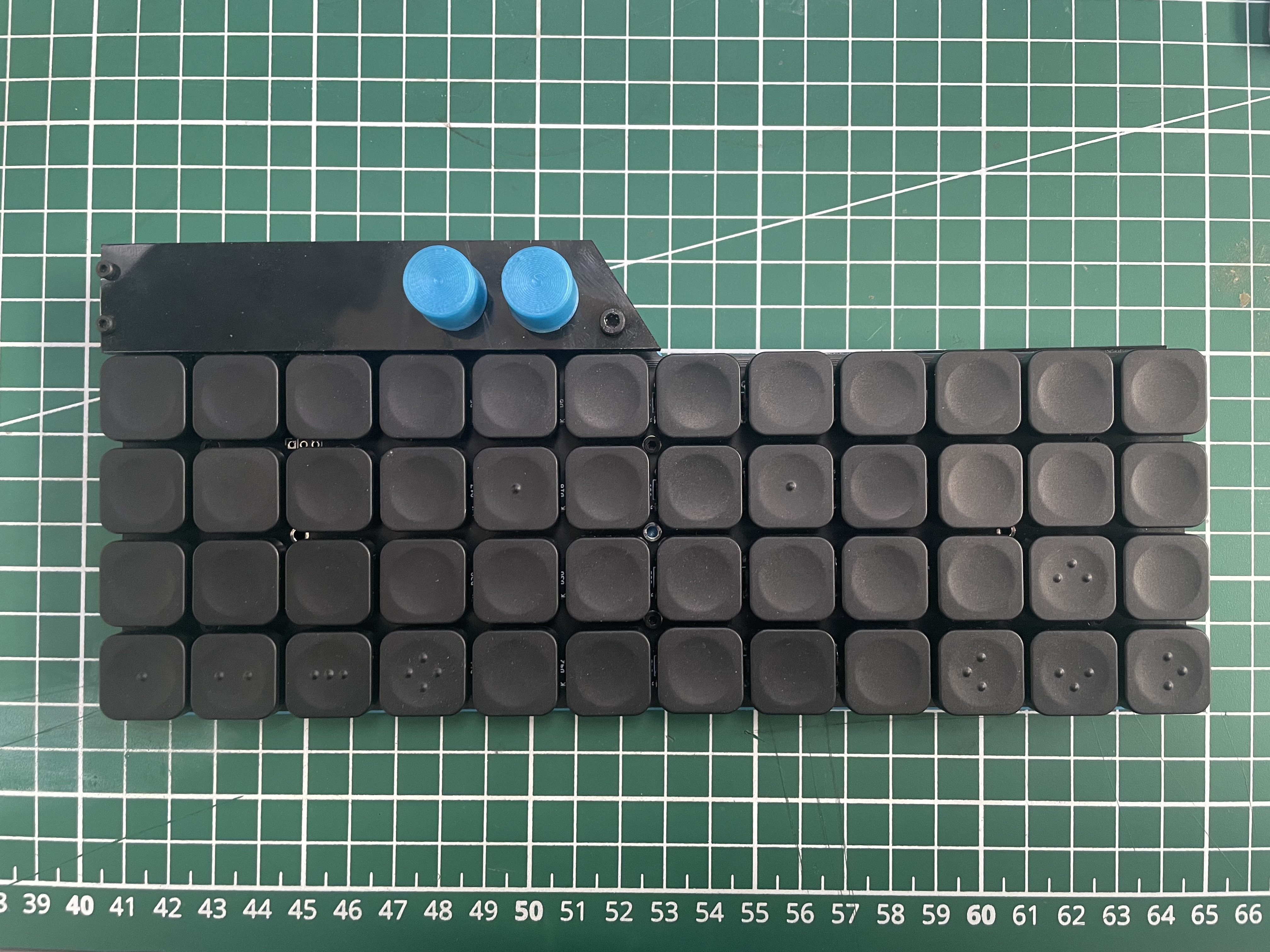 Compared to the normal VT-40, I’ve added some things which I thought where missing, for example a cover for the microcontroller as well as a bottom plate (of which I have two, one for the blue accent and one TPU, both printed on my Mk3S+ (now featuring a Revo!).

Once I’ve got KMK working on the Pico it turned out the provided code wasn’t really supported due to the encoders working differently and the keycodes being different. So I’ve created my own Github repository including the .dxf files for the microcontroller cover as well as the bottom plates and the new code!

So if you’re interested in building your own, I can highly recommend the keyboard as it can be handsoldered and you can easily tinker around with it.