In a previous post I’ve shown physical prototypes of a wearable keyboard I’m developing. The goal of this keyboard is to provide me with a way to type while walking or just standing/sitting somewhere. I want to blind-type notes while keeping my attention at other things.

Most of the comments I get have to do with why I don’t use dictation. There are several reasons for that, namely I’m taking my notes bilingual (English & Dutch) and I don’t want to shout around my ideas while being nearby other people, as this might be annoying or even rude…

As a recent post by Stavros Korokithakis reached Hacker News I thought I wanted to write an update on where I am at with my prototype. So without further ado some pictures: 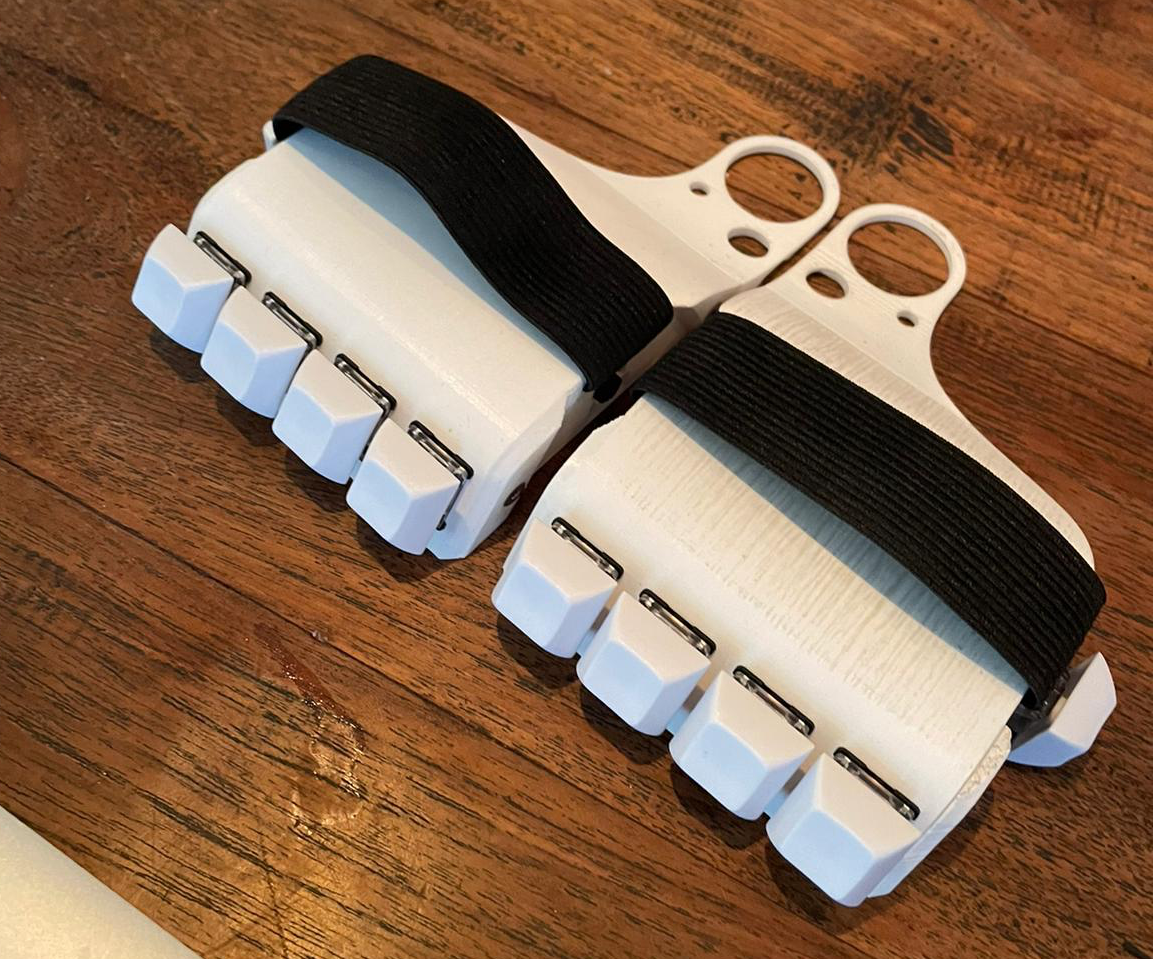 Right now I’m on Prototype 10 of the current hardware, which is mature enough for me to go into the area of software. I only need to wiring things up on the inside to get the buttons to work. Prototype 10 will have the following: 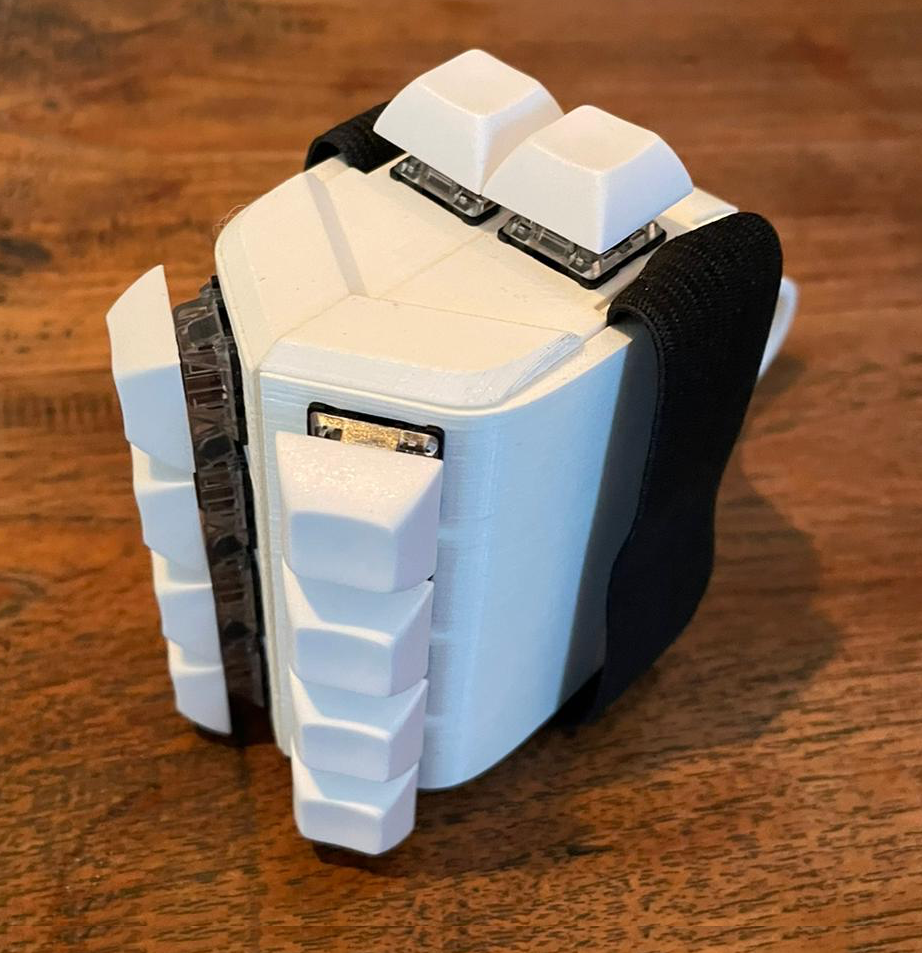 The magnets for now function as a way to group the two keyboards together. In a future version I’d imagine them also triggering a reed-switch to turn of the device. There’s also more then enough room for an NFC chip to automate stuff like pairing with bluetooth. 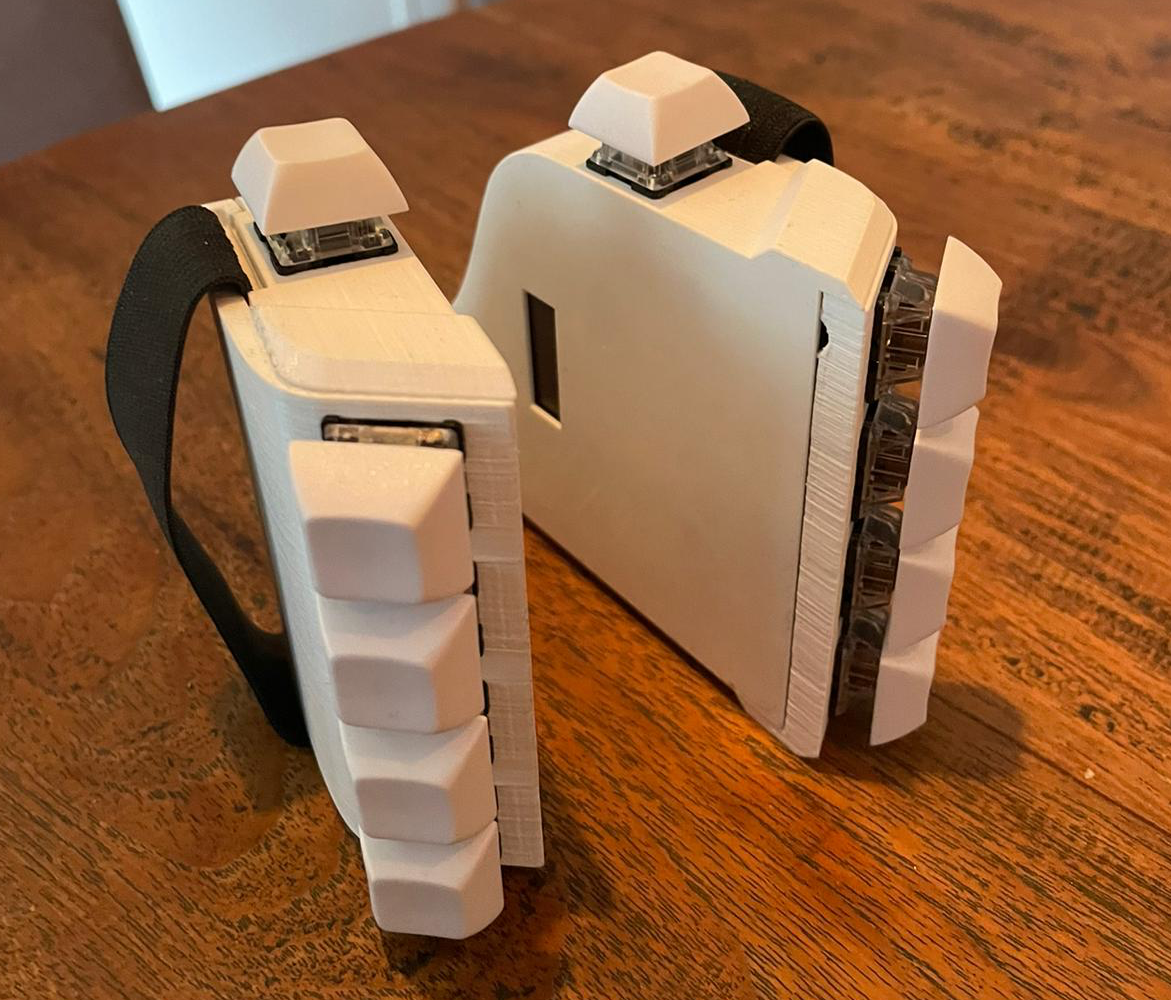 The small little rectangles on the inside are the two OLED-screens that gives us a small interface for easing the learning-curve and even offer an interface to your notes. Maybe one screen can give hints on what you’re typing and the other show the context of the current sentence.. There’s a lot of possibilities!

As for a name, that’s still undecided! I’ll hope to show you more about the software side as soon as I get the final soldering done!