As I’ve highlighted in previous posts, a wearable keyboard is one of my main projects this month. In this post I want to show you some pictures of the first prototypes and tell you a bit more about the proces of designing a keyboard. Remember I’ve got really no experience on ergonomics or knowledge about user-interface, I mostly go by feel here as it’s a highly personalized product (for now!).

Look at other devices like the Keyer or the asetniop keyboard, I’ve made it my focus to develop a wearable keyboard with real keys. As the feedback of pressing a button is quite nice to have, especially when dealing with chording or any form of stenography. The first thing I did was to create a form of my palm & wrist with polymorph, a plastic that allows for easy formation when warm and hardening when cooling down. This form would be the basis for the first prototypes. While testing the ergonomics turned out be be hard, as curled fingers all the time is quite stressfull for the muscles.

I then focused developing a prototype with a flat hand, but that resulted in another problem, as pressing the keys only pushed the key away, thus making it harder to use. I settled on something in between, the fingers somewhat overextend across the keys, but pressing them does give sufficient feedback that a key is pressed. 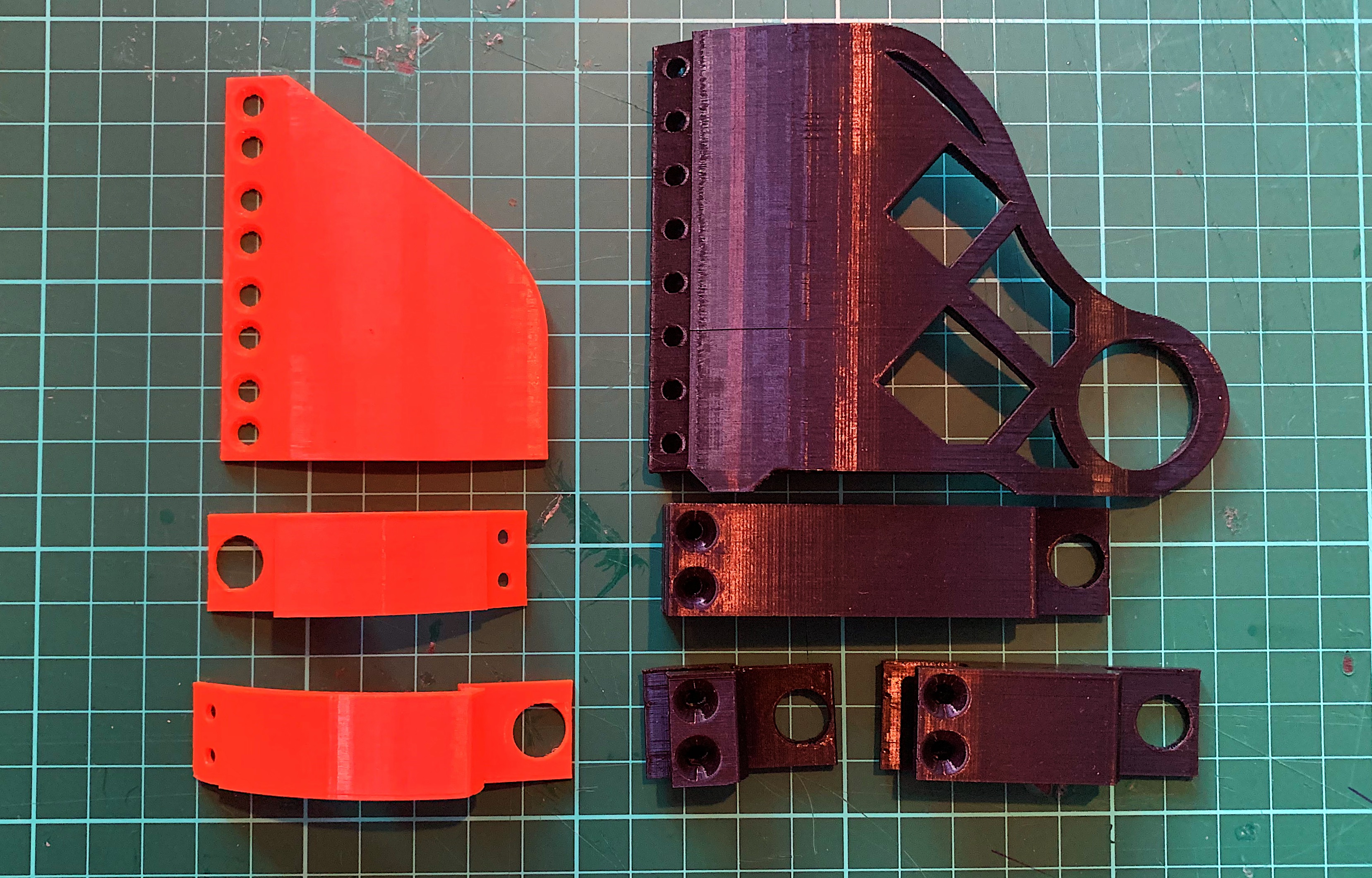 The thumb also got it’s own oriented key, giving us a total of 10 keys available. In the future this might be replaced with a d-pad or even a nub like most thinkpads have, that way you could even use it as a mouse… As the outside form-factor is getting more and more finalized I will be focusing on the electronics on the inside.

One other functionality I would like to mention is the use of magnets, this allows the two palms to attached together and group as one device for storage. The movement of closing two palms together is a common symbol, which feels really nice to do with this device as a opening/closing ritual… I’m definitely keeping that in!

In the next post I’ll dive some more into the electronics! And how I’m planning to connect both devices to eachother.