For long I’ve been inspired by future interfaces commonly seen in science fiction movies and other things like comics or concept art. I’ve been following the Cyberdeck reddit for some time and when I came accross the ARM Terminal by Back7 I knew I had to build one..

Fast forward a few months and one 3D printer later, I’ve managed to print most of the parts (For smaller printers like the Prusa Mini I have it’s better to split the bigger parts and glue them together later with superglue). After the shipment of parts & screen came in, I started the assembly and it currently looks like this: 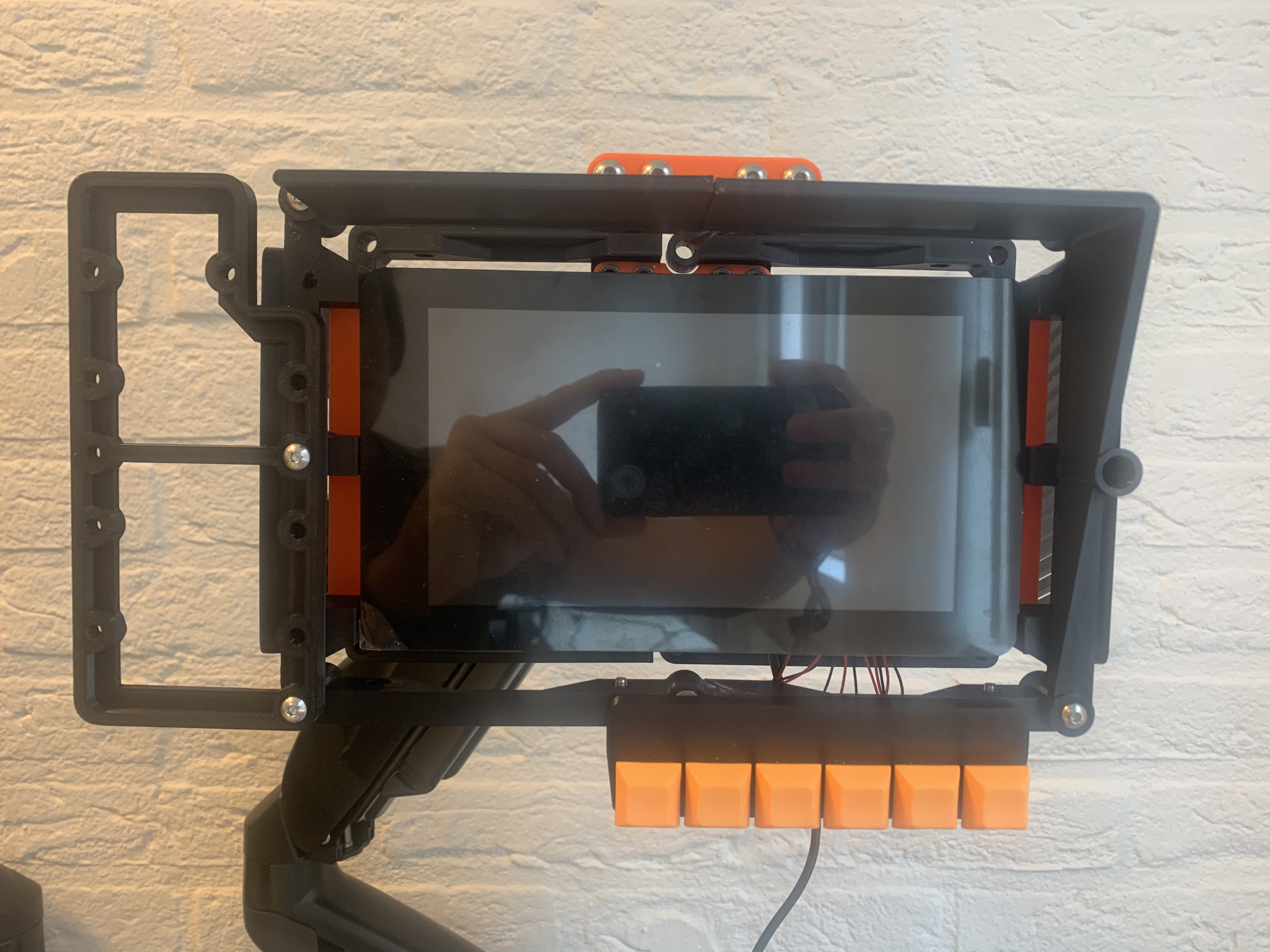 The original one has a spectrum analyzer at the bottom, but instead I wanted something else that would allow me to use custom keys, thus I designed a mountable keyboard for on the bottom:

As for the side, maybe I’ll replace the momentary switch with a rotary encoder for controlling for example the volume. Or add a set of front-side connectors for USB and micro-sd cards. The original design allows for more then enough flexibility!

If you also want to have the 3D files for the keyboard, have a look at the thingiverse page for it!