While exploring the internet for inspiration and ideas around a wearable keyboard I’ve come across multiple sites, persons and ideas. It seems there’s not really a good index or overview of the history on wearable keyboards. So I thought I’d make one myself!

This overview might not be complete, if you’re thinking I’m missing a crucial part, please contact me or open a Github issue!. Some links might have alternatives or other, but I chose to keep the main influences in this list only!

I’ve sorted all of the keyboards by year. Let’s go:

While not wearable, the mother of all demo’s introducing the first chorder has to be mentioned. Dr. Douglas Engelbart introduced the concept of chording this early! I think this introduction did mark the point from which other input methods would be explored and it lay the groundwork for new interfaces.

Steven K. Roberts, with Winnebiko II. Not exactly wearable, but it’s two handed binary chord handlebar keyboard is one of the first examples of a somewhat wearable keyboard that’s formed towards the hand, instead of desk. And it travels with you!

The Septambic Keyer is made by Steve Mann, a inventor/researcher into wearable computing. He’s known as ’the father of wearable computing’. It also seems to feature switches with a larger keycap than usual, making it easier to press. The forming of the plastic around the hand is also nice! 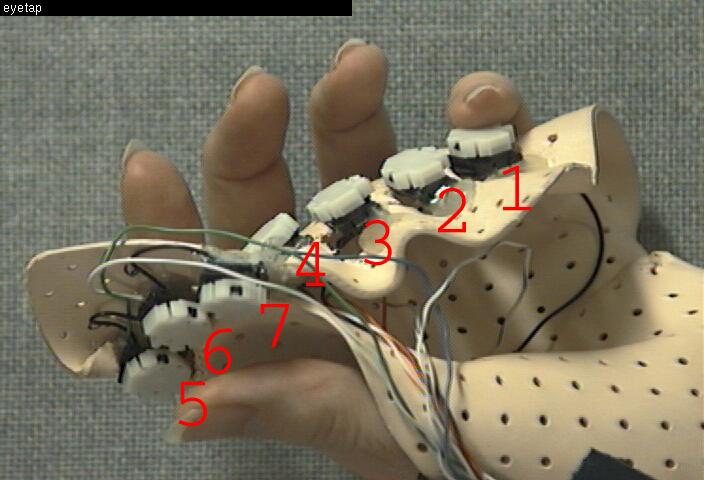 An interesting ideas to make keyboarda wearable. Although it would be pretty uncomfortable to wear over longer periods… And how would you wash the pants if they had keys?!

A patent and a bricolage, at least that’s what the pictures look like. I do like the formfactor, but the limit switches aren’t a good button in my opinion. It also seems a bit fragile to work with. 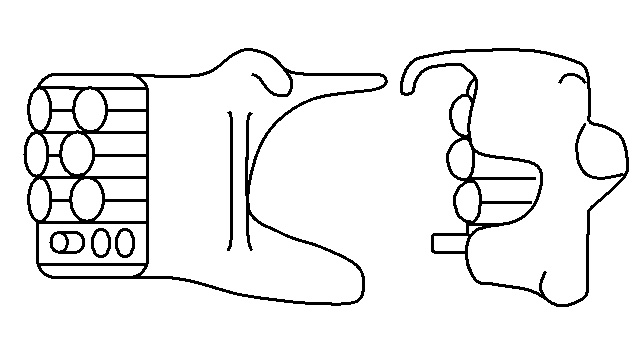 The SpiffChorder is the most similair to Wandering.computer, but it only features a single hand (which is better at times!) but it isn’t as quick to type on as two I’d imagine..

Started of as a kickstarted research project. Files are available and documentation and research done is excellent! I think this is the best glove example of a wearable keyboard. 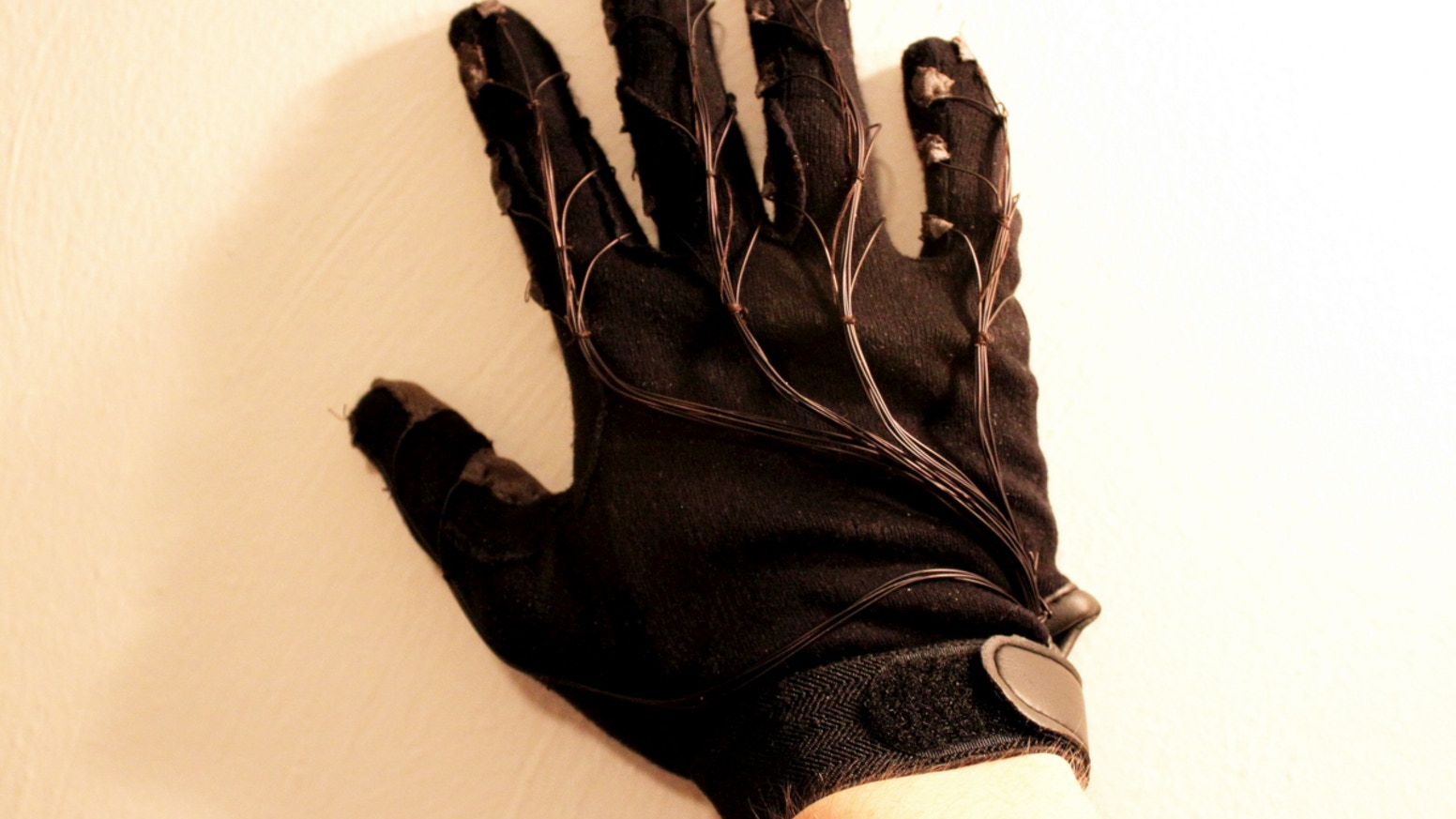 A single handed one, somewhat chorded and it reminds me of T9 on a old mobile phone. I haven’t tried it, but I looks a bit unconformatable to use over longer periods while keeping the hand tight all the time.

I did try this one! It’s mostly gimmicky and not really stable. Maybe in the most recent version this is improved.. The form-facter is the smallest of all the keyboards, which is nice! Since you need a solid surface to type on it’s not usable while walking (which is something I’d like to do!). It also doesn’t really have the haptic feedback that normal keyboard have, but this is a problem of all the glove-like interfaces.

I haven’t seen Zack Freedman use it in most of his recent videos, so it seems mostly a gimmick. It doesn’t have the same problem as the Tap, the input (the orientation of the fingers) are different it does seem kind of slow to signal instead of type.

The main difference with Wandering.computer is that all the keyboards mentioned above are not stand-alone devices. They simply are a keyboard, still shackling us to the computer or the desk. Or if bluetooth is supported we still need to carry a phone or another device that allows us to edit files on the go…