Strange times we live in these days. Staying at home does allow me to work on projects which have been slowly progressing over time. And one of those is the Ant PCB Maker. A CoreXY based small CNC mill that can make printed circuit boards (PCBs). Contrary to the guide I’ve decided to built mine a little bigger. This should allow me to create PCBs which are up to 200x200mm without any problems. Here’s a photo of the build: 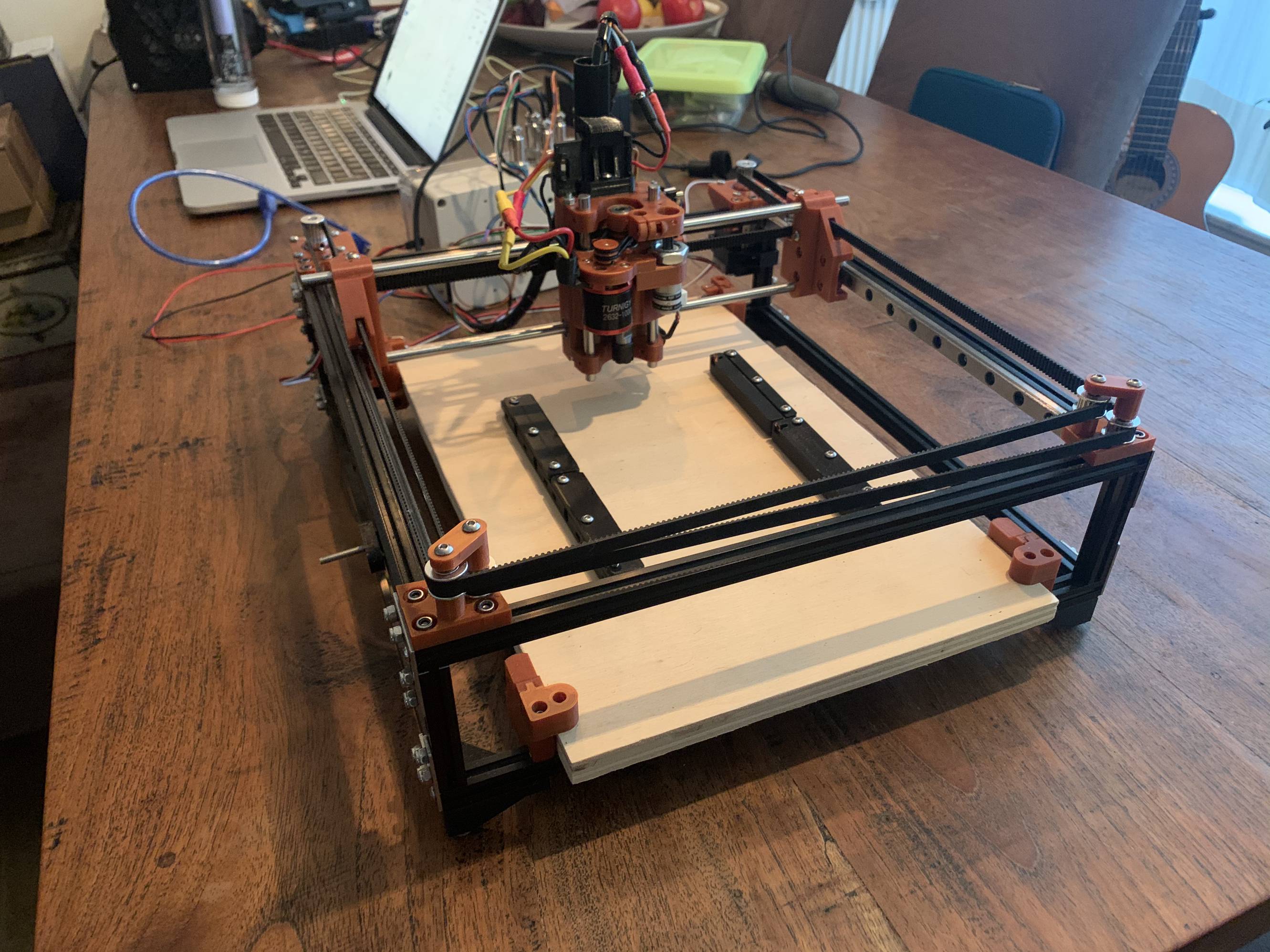 So far I’ve been able to get the spindle and CoreXY to work. But there are still some bugs, for example the device hangs when sending multiple g-code commands to quick and the Z-axis is still shorting out.. It is still a work in progress after all.

In the future I’ll hope to add a small engraving laser and a switch so you can choose between laser or milling mode. That would be rather cool I think! I’ve also update some of the STL files, for example the cable guide and added a tachometer for rpm measurement. Check out the Ant reddit for more information or their bitbucket or youtube account.