This weekend I spend my time on electronics, with a specific goal in mind, automating the tracking of a fermentation vessel that I use for brewing. My starting point was a Wemos D1 mini lite, which is a cheap arduino compatible chip with wifi options.

I wanted to track how many bubbles we’re sent past the airlock and also needed a photo interupter gate. So in the end everything is pretty cheap and I only needed some more LEDs, an enclosure, spare wires and some free time!

My first version was build directly on a prototype board of the Wemo, but after selecting the enclosure I decided not to use any headers too keep a lower profile. Here’s what my testing setup looked like: 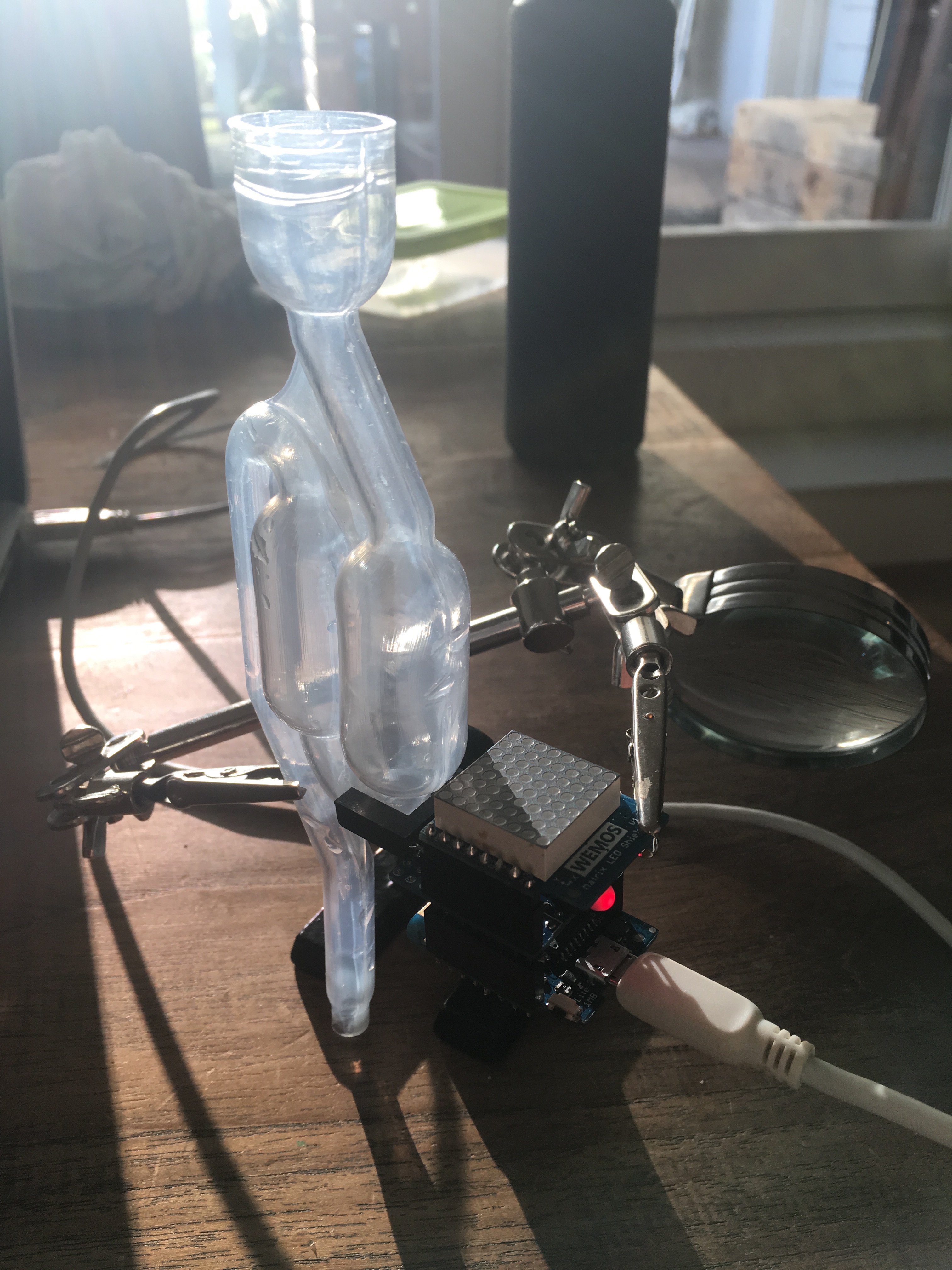 While testing I could try different fluids, and the more opaque ones are better. So coffee seems like a perfect option. When everything worked correctly I mapped all ports on the enclosure, drilled or cut them out and soldered everything to the Wemo. The LEDs were mount on the enclosure with trough-mounts. Here’s a video of the latest test setup.

And a picture of the device after everything is put together! Now I only need to make a web interface. 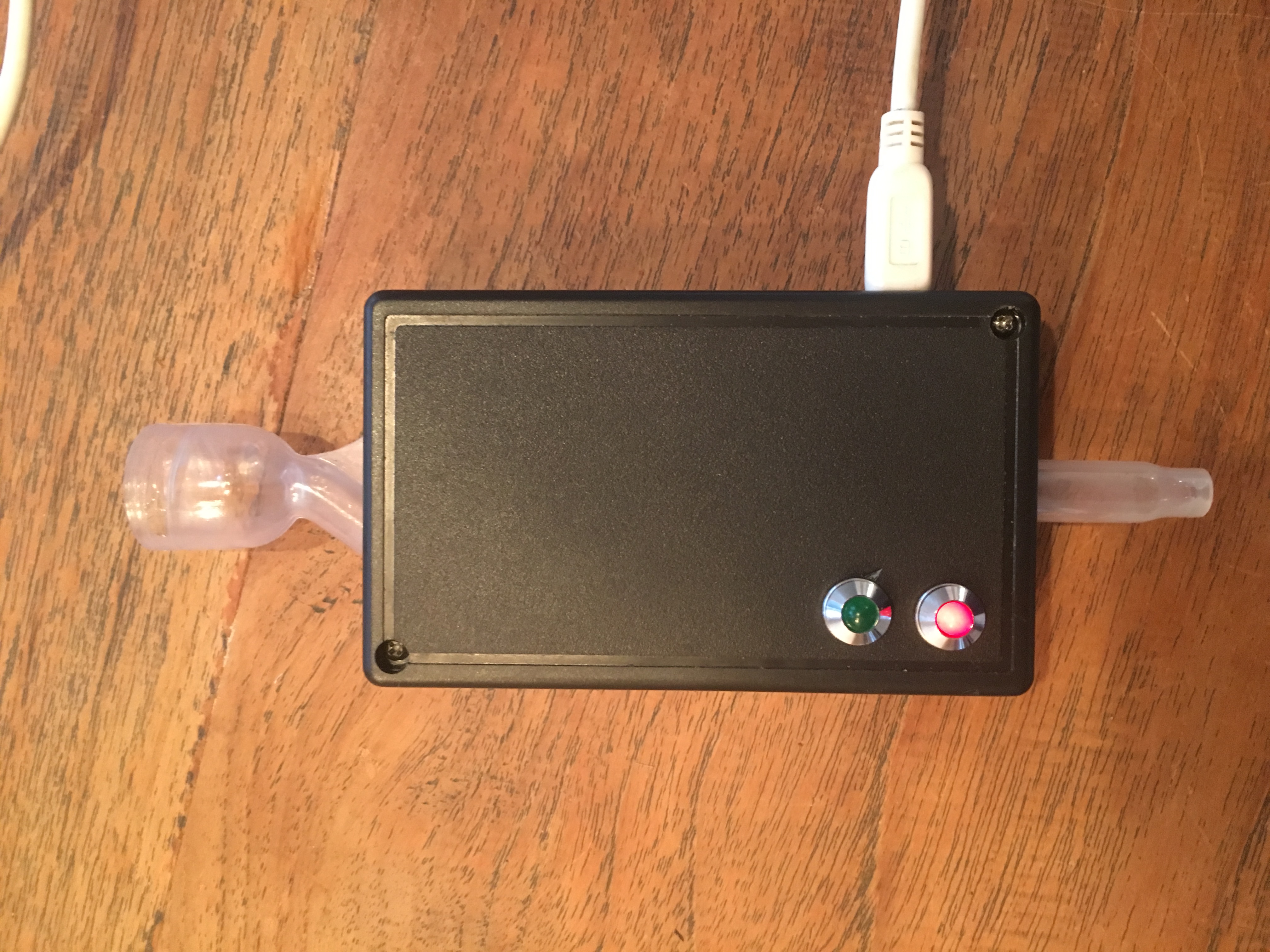 As for the code, it’s simply a counter that tracks how many bubbles go past the airlock. And every 10 minutes it pings to a server with the count. I’ve uploaded the Arduino code to Github and embedded it below: