Over the past few months I’ve been steadily involved with a project that aims to recreate an war/control/intelligence room that you see in movies. The one difference is that the room is ment for decision-makers within bigger companies. Often, urgent en relevant questions go unanswered, but the Intelligence Room helps fixing this.

During the Big Improvement Day we showcased our concept and I’ve created a little Django app that matches all attendees based on topics they provided when signing up for the event. Here’s how it worked:

On 5 large screens over 10 seconds a random match would pop-up and it would ask people to get their Intelligence Report at the Intelligence Room desks. At the desk, several people behind an iMac would let attendees input their email and edit their profile. After they provided additional information and a profile picture (optional) they would be emailed their own report with several other people that matches their interest. Here’s one of the screens: 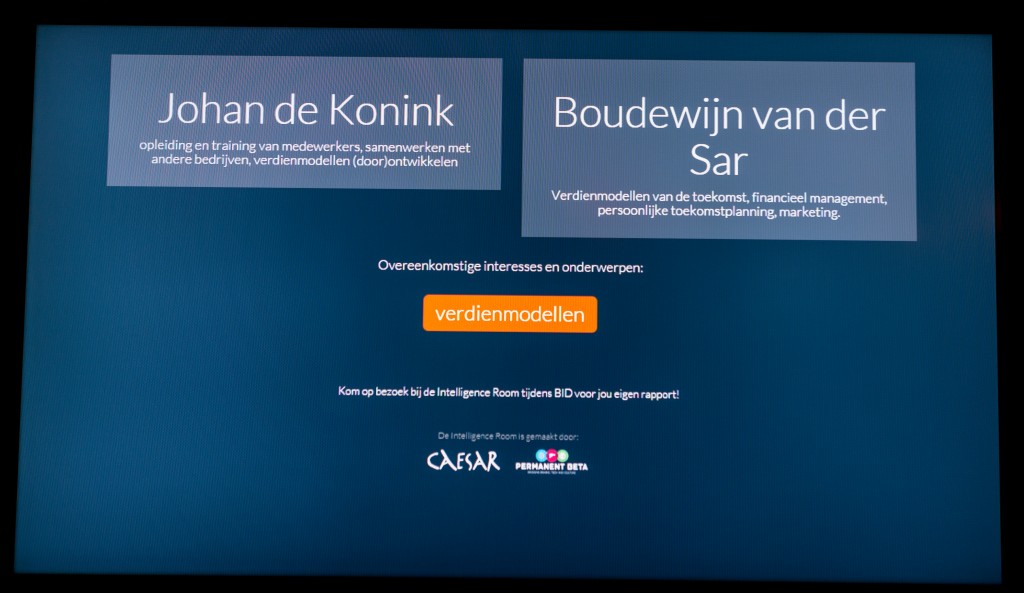 Over 120 people used the service on the day itself, and that’s only in the time they spend in the foyer of the location (that’s around 2,5 hours). Quite an achievement if I say so myself, happy with how it turned out!

The Intelligence Room concept will be developed further with Permanent Beta & Caesar Groep.