September has been good on me so far. I’ve started my third year of my bachelor degree while on the opposite end my work seems to increase. I’ve been interviewed for a new TV-programme called Toekomstmakers. It’s in dutch but the video is can be found here:

I’ve also written a column about the Quantified Self an the influences it could create within the health sector. The column has been added to the book Diagnose Zorginnovatie and has been presented at the Diagnose Zorg Innovatie congres. A photo of my column(in dutch, click to enlarge) below: 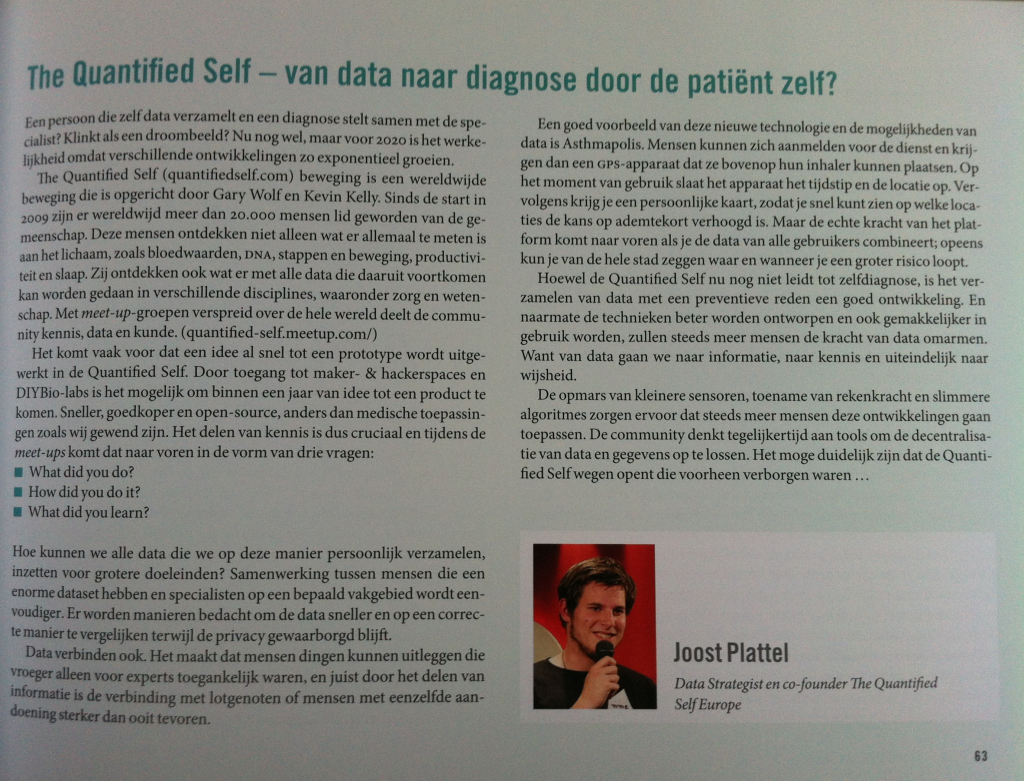 And finally I had some luck meeting Lucien Engelen at the same event, who would let me try Google Glass! Here’s a selfie: 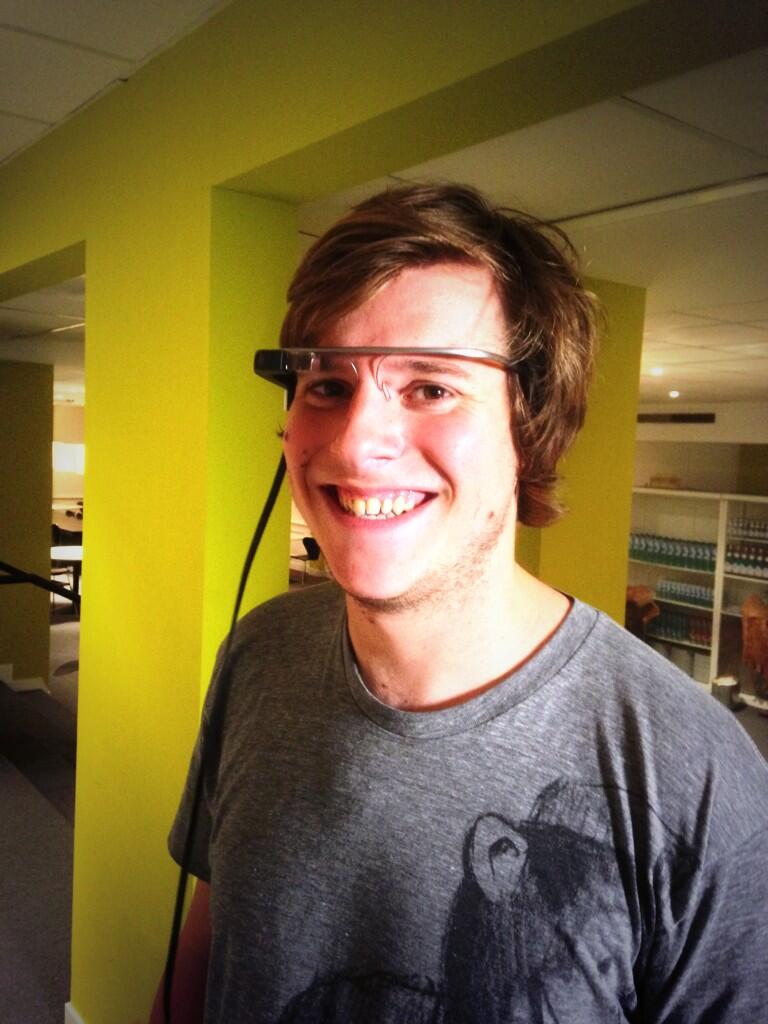