I love the Read It Later List service. Each day I save about 20-30 articles from Google Reader or my Twitter client so I can read them later. However, these amounts make it hard for me to process all the things I save. That’s why I need a readinglist that has additional filtering/speed/shortcuts.

As my endeavors with Python continue, for the last few months I’ve been developing my own version of the perfect readinglist build upon the API of Read It Later List.

[caption id=“attachment_2021” align=“aligncenter” width=“640” caption=“Full screen interface for better overview and a never-ending list of articles, all color-coded by tags. (click for a bigger image)"] 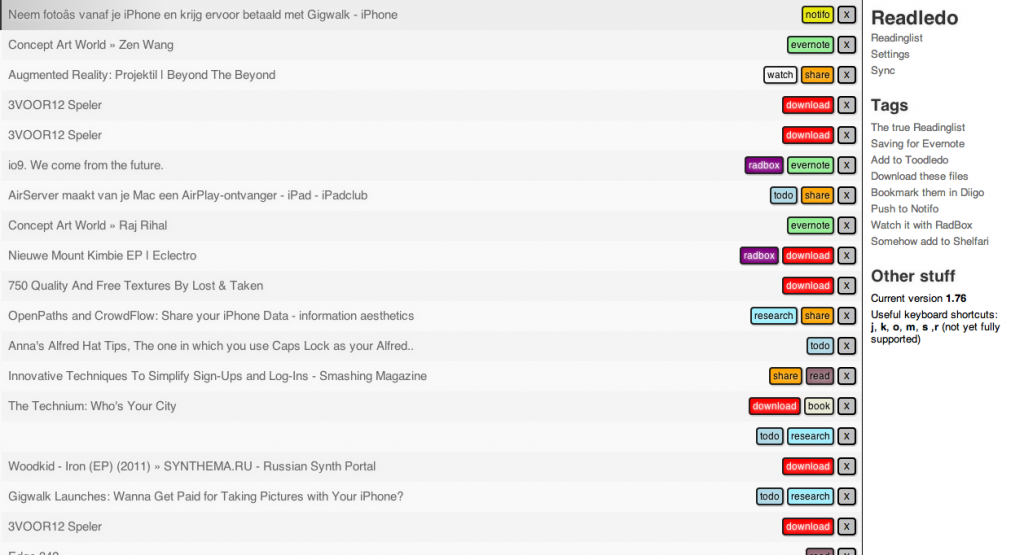 The name for the project is Readledo. And as you’ve seen in the screenshot, I’ve added some handy things:

The project is still in development, but I’m going to open-source it through Github once the code has been improved. In the mean time, do you have any other suggestions that would make a better readinglist?